PLAYING GENDER is a performance work that engages a subaltern section of modern Indian society—cross-dressed biological men, eunuchs, or hermaphrodites, who are known traditionally as hijras. The hijras exist on the fringes of the Indian society, tolerated only in the specific roles of beggars, ritual performers, or homosexual prostitutes. They can be seen in drag, gathered for marriages and birth celebrations, singing and dancing to drums and claps, to songs from the latest popular films.

Judith Butler believes that gender is not what one is born with; rather gender is what one puts on and performs daily. For the hijras, drag serves as the vehicle to continually realize a set of nonconforming possibilities, deliberately tempered by the pleasures and play of cross-dressing. It is this kind of gender theatricality and the hijra’s ability to construct the feminine through playful repetition that drew me to this segment of the Indian society. I spent the summer of 2009 working with three hijras in New Delhi, learning the conventions of gender parody. The culmination of our interactions/synergy resulted in a performative event in which the hijras had the sole agency for constructing scenarios that included both me and them. By embodying the artifice of the hijras, I wanted to embrace the parodic practice of gender construction. My lived identity as a heterosexual female is awkwardly visible throughout the work. 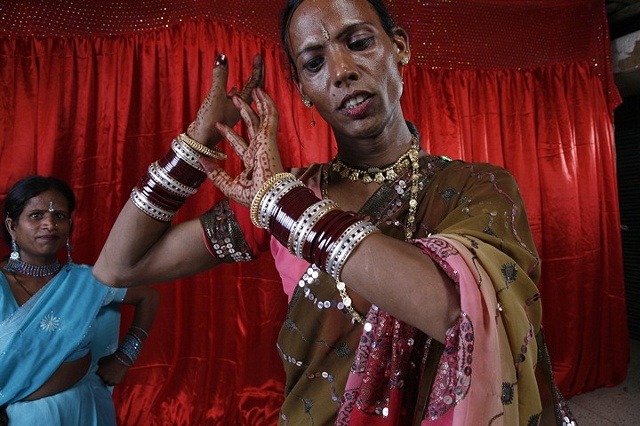 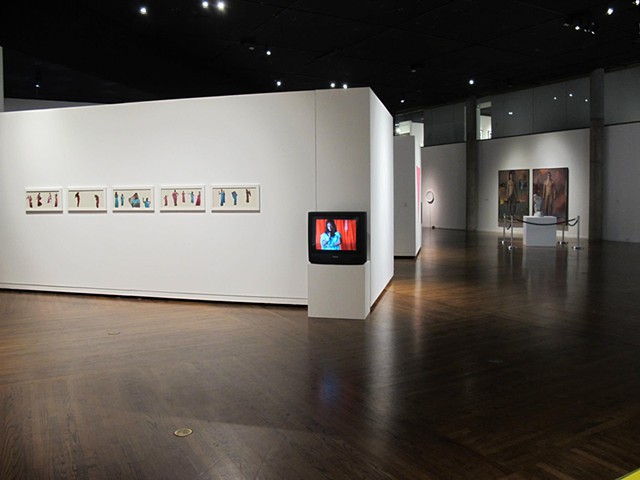